President Nana Addo Dankwa Akufo-Addo of Ghana and Mrs Graça Machel, Chair of the ACCORD Board of Trustees and Global Peace, jointly launched the first Global Peace Inter-Generational Dialogue in Accra on Monday, 6 May 2019. More than 500 delegates were drawn from different sectors of the country including, university and school students, traditional leaders, civil society organisations, government ministries and the diplomatic corp.

Global Peace is an initiative engineered by ACCORD to foster a global discussion among young future leaders, city mayors, captains of industry and country leaders to deliberate on what their aspirations for a better world should look like. 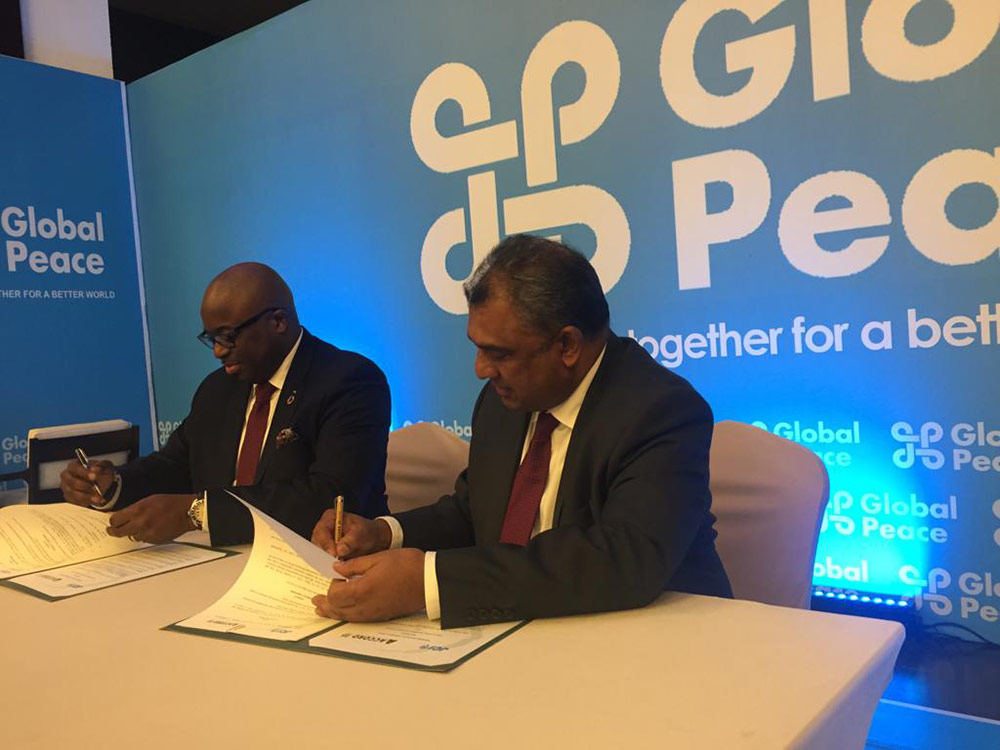 In her opening remarks, Mrs Graça Machel, challenged young people to take advantage of the knowledge they have with technology to advocate and work with African leaders to address the crisis situations that exist on the continent. She reminded young people that the Global Peace Inter-Generational Dialogues were created to give young people a voice in shaping the future. 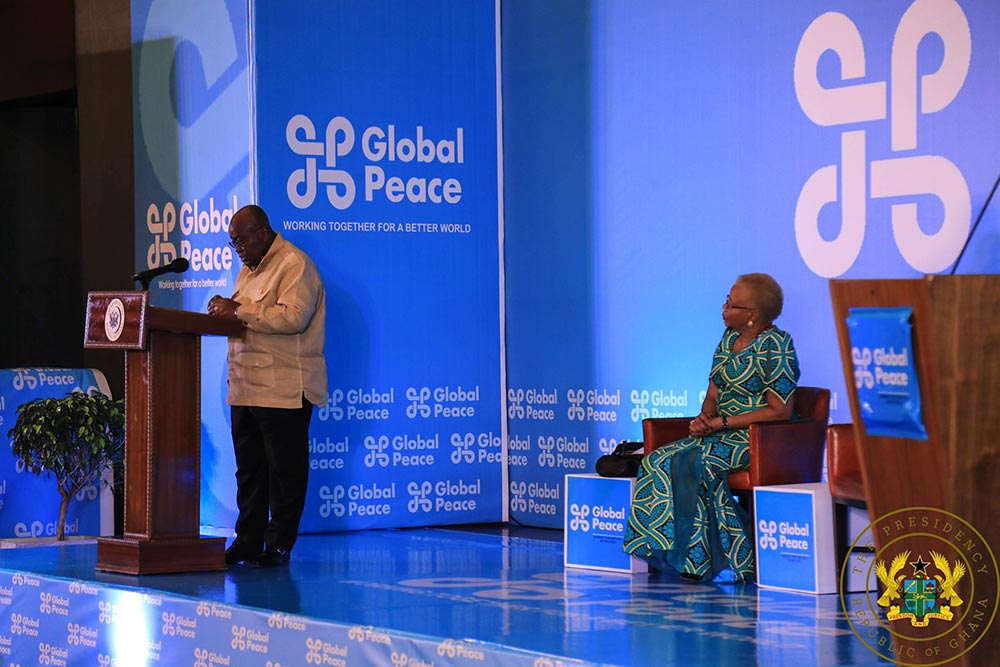 Global Peace partners were also in attendance sharing their messages of support and commitment to the initiative.

More than 500 delegates were drawn from different sectors of the country including, university and school students, traditional leaders, civil society organisations, government ministries and the diplomatic corps to participate in the inaugural Inter-Generational Dialogue. The Dialogue gave young people the opportunity to engage with, and share their ideas, on global issues that impact on their future.

The Accra Dialogue is the first in a series of Dialogues that Global Peace will convene across the world. The Accra event is a follow-up commitment made by the President of Ghana, H.E. Nana Addo Dankwa Akufo-Addo, where during the Global Citizen Festival: Mandela 100 on 2 December 2018 in South Africa, he announced the hosting of the inaugural Inter-Generational dialogue in Ghana.

The panellists included representatives from business, academia, youth and government. 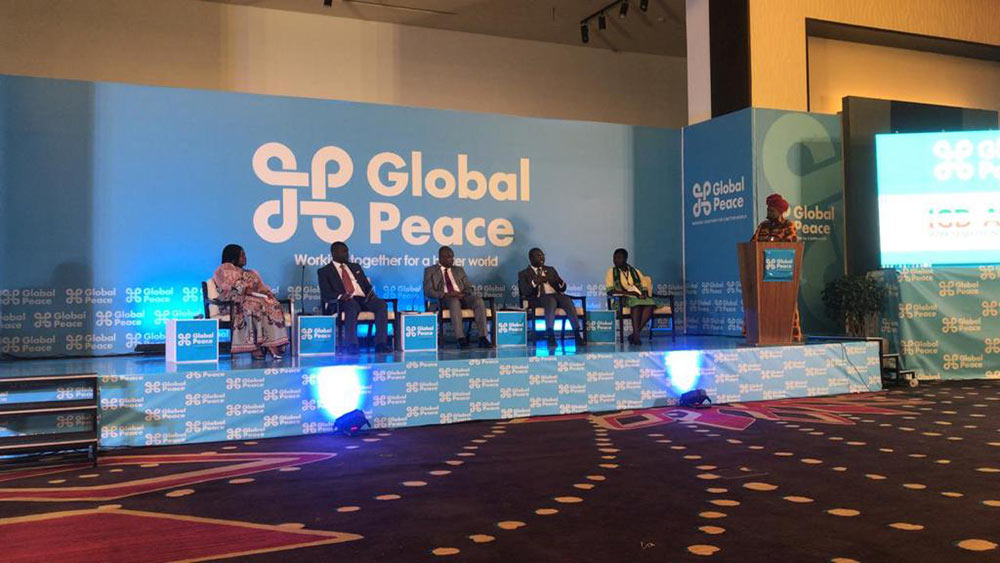 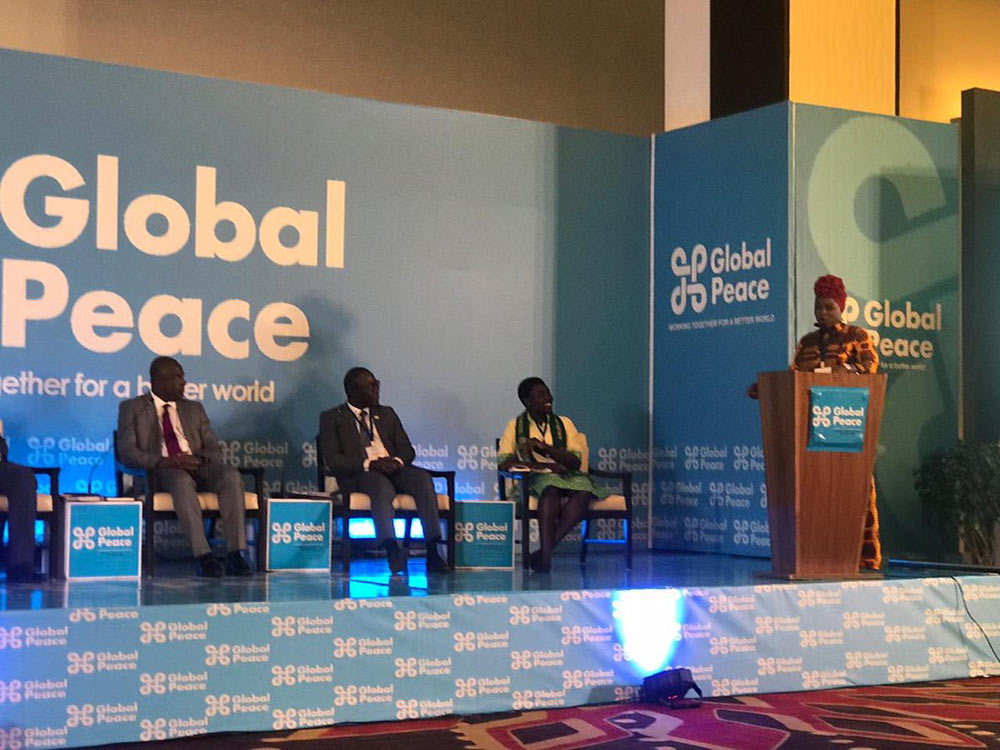 The Ghana Dialogue was significant, in that Ghana was one of the first countries in Africa to be liberated from colonialism and one of the first in Sub-Saharan Africa to meet the Millennium Development Goal (MDG) of halving extreme poverty. The dialogue was held in remembrance of the legacy of the late former UN Secretary General Kofi Annan and the contribution that Ghana itself has made in promoting leadership on the African continent and in the global community.

Video excerpt of one of our panelists Ms. Prisca Amponsah from Aburi Girls Senior High School speaking on the challenges of the 4th Industrial Revolution and skills development. #100cities #100IGDs #Globalpeace

Visit the Global Peace Facebook page to watch the full video of the event.