Global Peace’s new campaign, Plant Trees Not Bombs, will seek to plant, in partnership with young people, government and their Ministries of Defence, 75 million trees during 2020. This will be done by “carpet bombing” seeds in biodegradable clay-balls.

The launch of the “Plant Trees Not Bombs” Campaign will take place in collaboration with the UCLG, the SDG Action Campaign, the Ministry of Defence and the City of Durban.

The Minister of Defence, Ms. Nosiviwe Mapisa-Nqakula, will launch the campaign, committing the South African National Defence Force to plant one million trees. The Minister will challenge her counterparts across the world to plant a million trees each using the military so that by September 2020 we would have planted 75 million trees to commemorate the 75th anniversary of the founding of the UN. The campaign is designed to highlight the need for increased action to reduce and halt the effects of climate change. 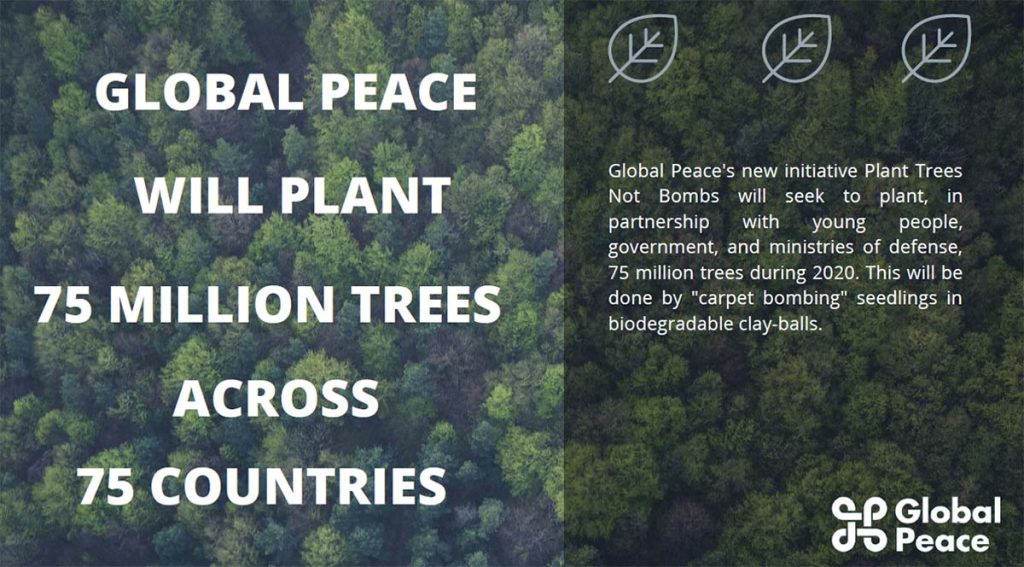