The discussion provided an opportunity for the youth representatives to share an update with Mrs Machel and Mr Hochschild on the work they have been doing in engaging young people in conversations about global challenges, as well as their future plans for supporting and promoting Global Peace’s Inter-Generational Dialogues (IGDs). 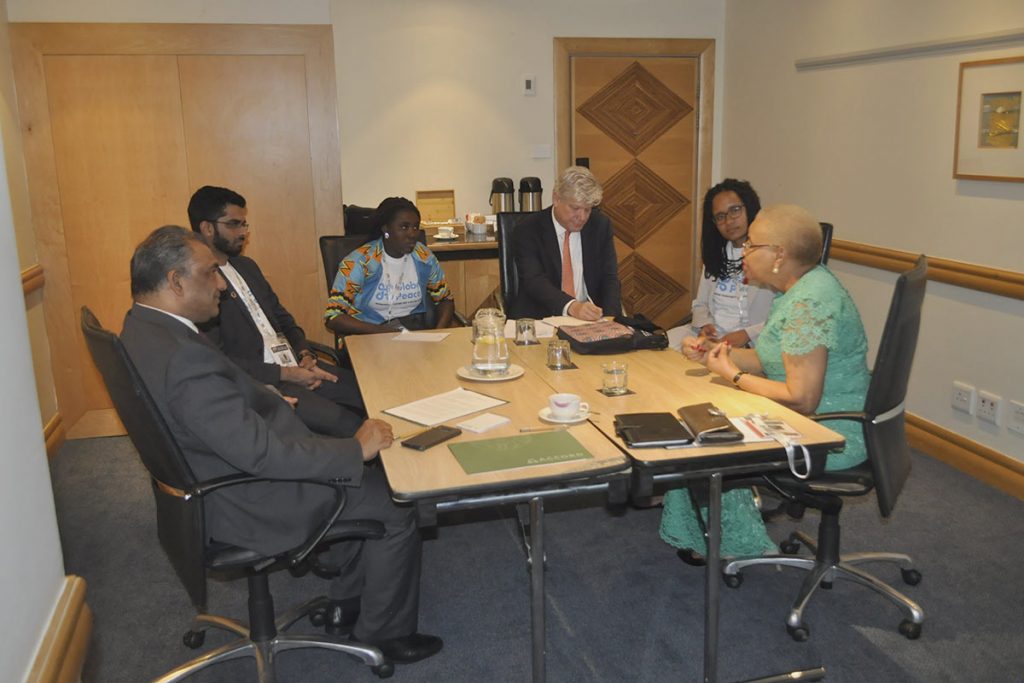 Mrs Machel congratulated them on their work thus far and appointed all four as Global Peace Ambassadors, continuing to offer her support and advice to their commitment in finding solutions.

The first task for the newly appointed Ambassadors was the signing of the Global Peace Declaration, which is a declaration of intent committing Global Peace to host 75 IGDs in 2020 – tying in with the 75th anniversary of the UN and to feed into their Global Conversations.

We look forward to the continued work of our Ambassadors and strengthening the work of Global Peace as we continue to work together for a better world.