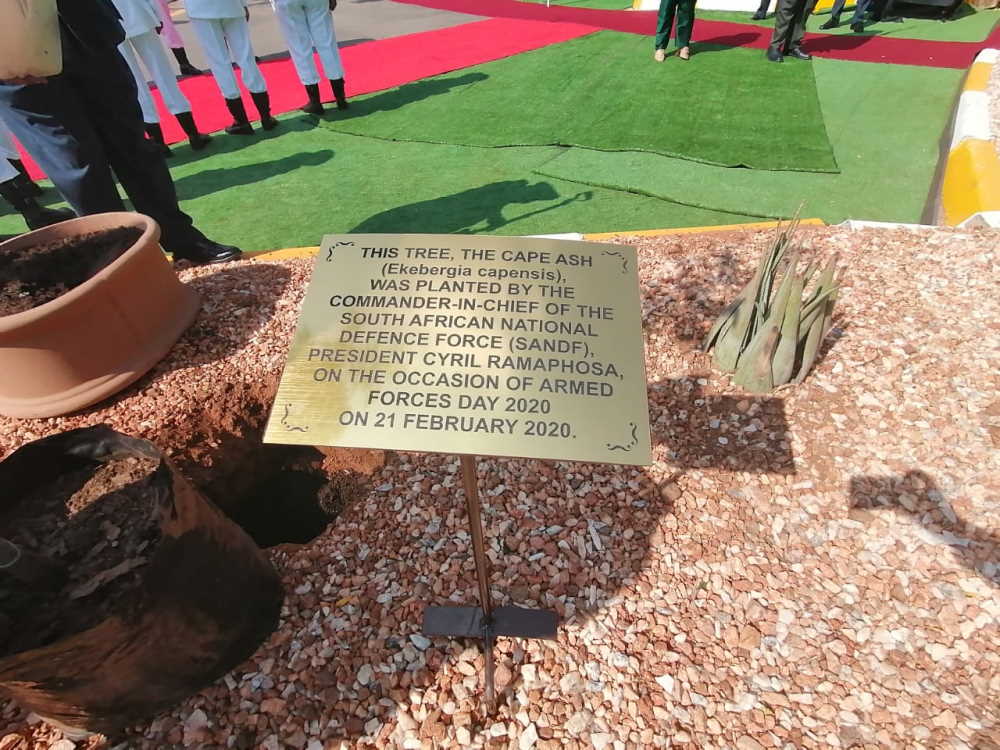 As South Africa celebrates the brave women and men of the SANDF, and expanding public understanding of the role of the SANDF in the life of the nation, President Ramaphosa planted a tree during the wreath laying ceremony in support of the Plant Trees Not Bombs campaign.
The Plant Trees Not Bombs campaign, is a partnership between the Ministry of Defence and ACCORD’s Global Peace initiative. It was launched on 14 November 2019 in Durban, South Africa, by the Minister of Defence, Ms. Nosiviwe Mapisa-Nqakula, together with Mrs Graꞔa Machel, Chair of Global Peace and Mr Fabrizio Hochschild, Under-Secretary General in charge of the UN’s 75th anniversary. The initiative will see militaries across the world planting 75 million trees, reforesting the world and changing the narrative about the role of militaries as well as highlighting the major threat of the 21st Century, Climate Change. In support of the campaign, the Minister Nosiviwe Mapisa-Nqakula committed the South African National Defence Force to plant one million trees, and is challenging her counterparts across the world to plant a million trees each using the military. By September 2020, during the UN General Assembly week, we would have planted 75 million trees to commemorate the 75th anniversary of the founding of the UN, at the same time highlighting the need for increased action to reduce and halt the effects of climate change.

Global Peace is proud to receive the support of President Ramaphosa in the battle against climate change, noting also the UN Secretary General’s call to prioritise global action for climate change earlier this year. According to the UN SDGs Knowledge Platform, as of April 2019, 185 parties had signed the Paris Agreement which South Africa is a signatory to, and 183 of those countries had submitted newly revised national contributions. The Platform also states that 28 countries have used the Green Climate Fund to create adaptation plans to help the climate crisis, most of these countries being least developed countries. Militaries from China, South Korea, Malawi, Pakistan, Sri Lanka, to Indonesia, Mexico, and Colombia have put in place reforestation campaigns, and it would a step in the right direction for the SANDF to make an important contribution to global efforts to address and minimise loss and damage from climate change and support efforts to increase climate resilience.

Watch a video of the President’s speech here. 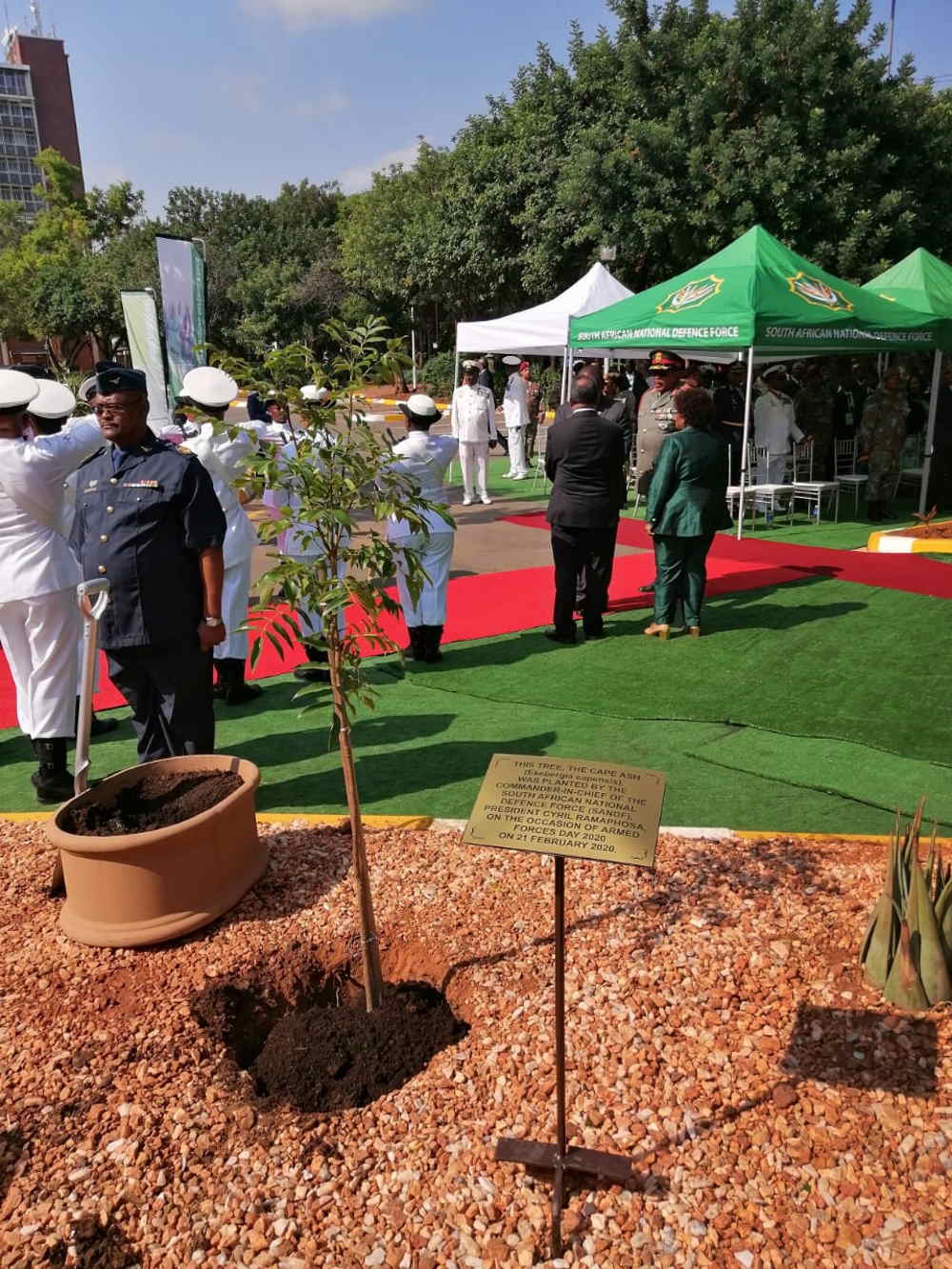