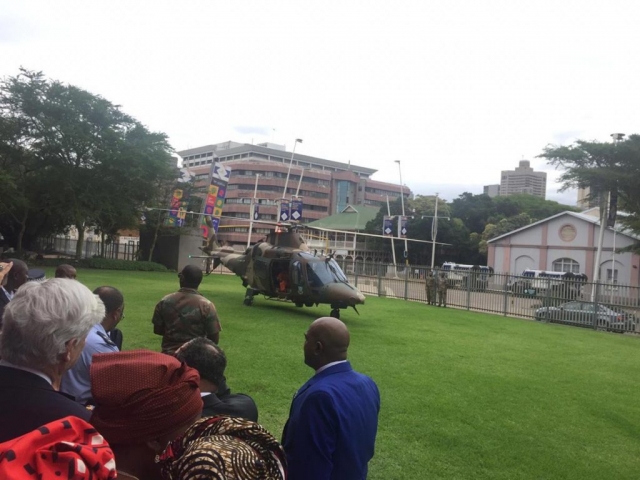 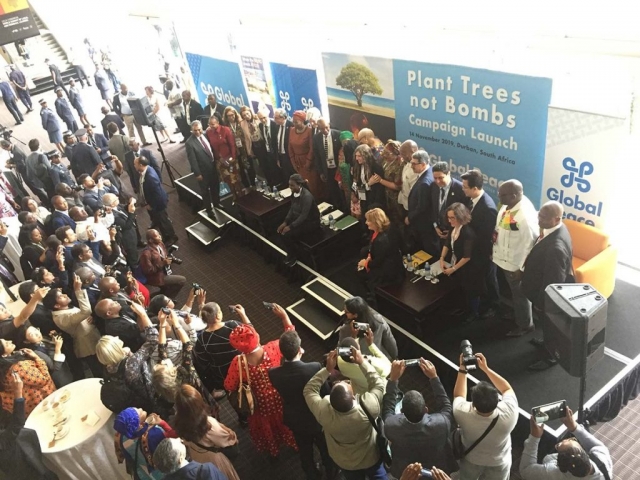 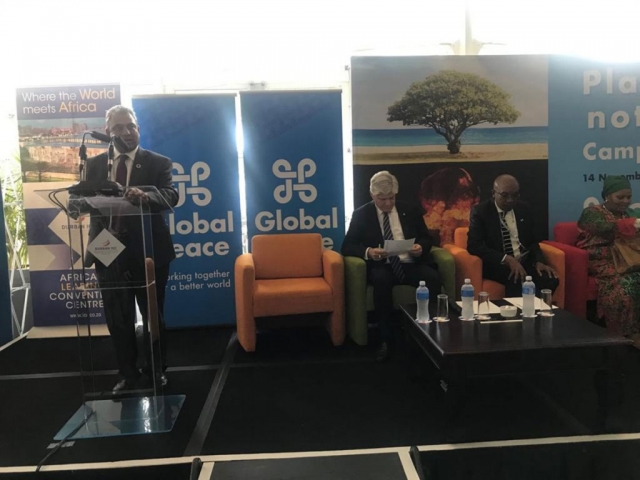 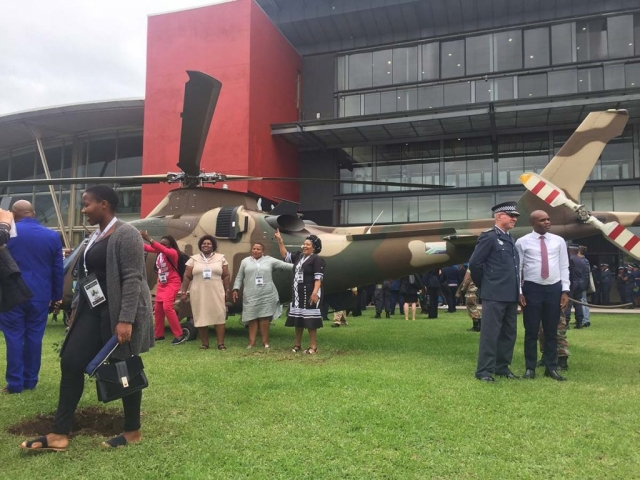 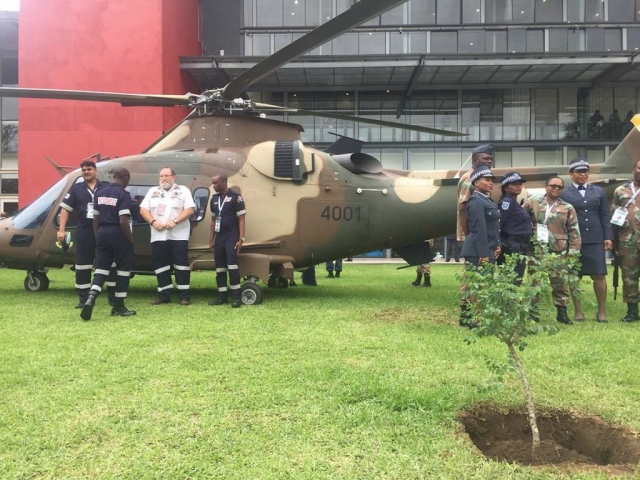 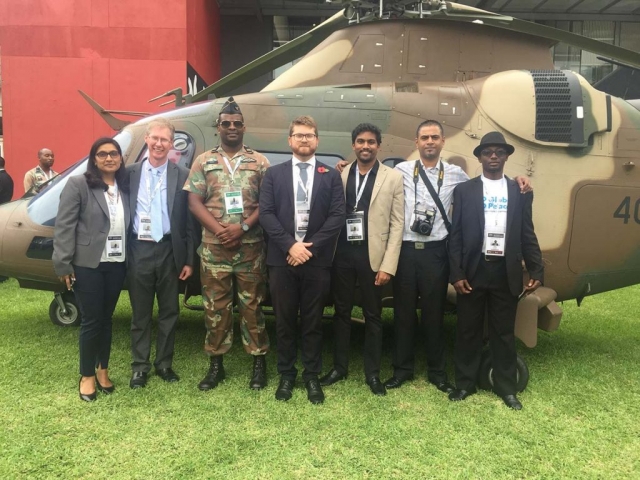 Through the Plant Trees Not Bombs Campaign, Global Peace aims to plant 75 million trees by the end of 2020. Militaries from 75 countries will be engaged to plant one million trees each. The idea being for the militaries to “carpet-bomb” seeds wrapped in biodegradable clay balls from military aircraft over large areas of land.

In launching the Campaign, Hon. Min. Mapisa-Nqakula said that the South African National Defence Force (SANDF) will use its resources, including its weapons of war to intensify the fight against climate change.

She said that the SANDF’s partnership with Global Peace entrenches the country’s commitment to ensuring peace and stability.

“We have committed to use our weapons of war to go to war on this new threat of climate change. We need to use all our creative talents and all our resources to fight climate change. The fight against climate change requires the discipline, skills, and technology that the military is renowned for.” Hon. Min. Mapisa-Nqakula commented.

“As we gather here today, we are reopening a chapter in the role of the military… a chapter that changes the narrative from planting bombs to planting trees… from inflicting death to giving life. I will confer with the Military Command Council of the South African National Defence Force led by the Chief SANDF, General Solly Shoke.”

Hon. Min. Mapisa-Nqakula also led a delegation of dignitaries including Global Peace Chair Mrs Graça Machel, UN Under-Secretary General Mr. Fabrizio Hochschild Drummond, United Cities and Local Government (UCLG) President Parks Tau, and Mayors from the cities of Strasburg, Tunis, Daejeon, Ramallah, and Granollers in the planting of the Tree of Peace on the grounds of the ICC. The tree was delivered by an SANDF helicopter onto the grounds of the ICC.

In explaining the Campaign, Mrs Maçhel said: “The campaign is being launched at a time when KZN is seeing the devastating effects of climate change.”

“As residents of this part of the world, we are already paying a high price for the impact of climate change. But we are going to do something about this.”

“The Campaign we are launching – to plant 75 million trees by the end of 2020 – is a symbol. If the Defence Forces plant that amount, and governments plants their own target, it will mobilise other communities to do the same.

“We hope by next year, every mayor and local government leader who is here, will report that millions and millions of trees have been planted.”

She also challenged the youth and students to mobilise and take up the challenge. Also present at the Campaign Launch were Global Peace’s Ambassadors; a group of young people who represent Global Peace on the continents of Africa, Asia, Europe and South America.

President of the UCLG, Mr Parks Tau said that “planting trees is an answer to the voices that consider war as an alternative. After all, trees are a symbol for developing liveable spaces.

“Local government has the responsibility of creating spaces for communities. Planting trees is the answer to the voices as alternative initiatives such as “Plant Trees, Not Bombs.”