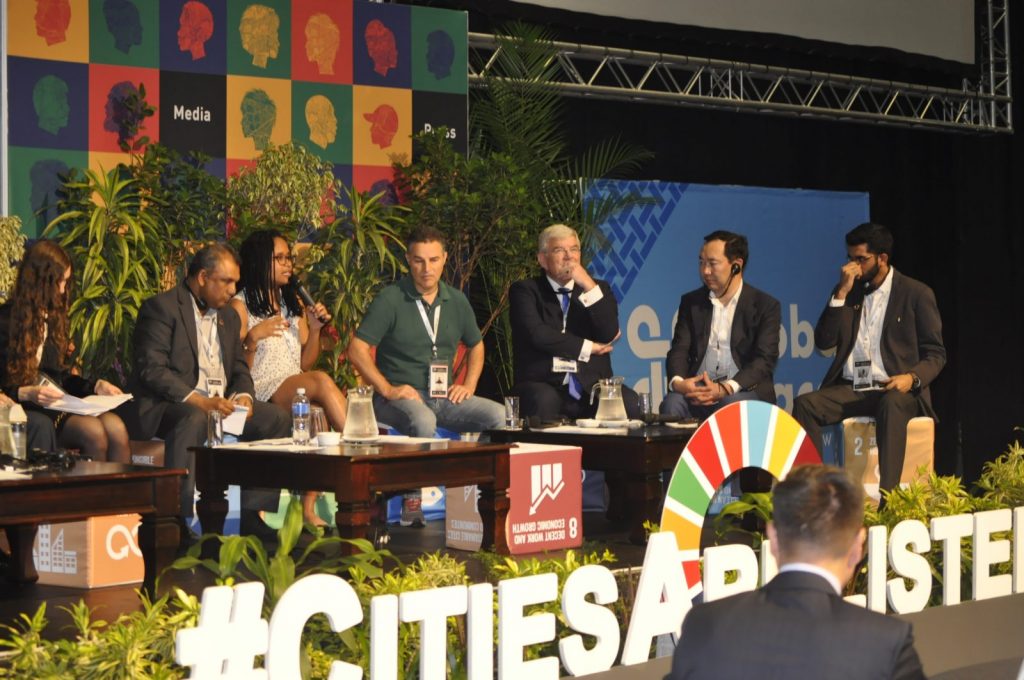 Global Peace hosted a Global Inter-Generational Dialogue (IGD) during the United Cities and Local Governments (UCLG) World Congress as a celebration of the 25 successful IGDs held during 2019 as part of Global Peace’s 100 Cities 100 Dialogues initiative. The Global IGD – which was moderated by Global Peace Founder Dr Vasu Gounden – included […] 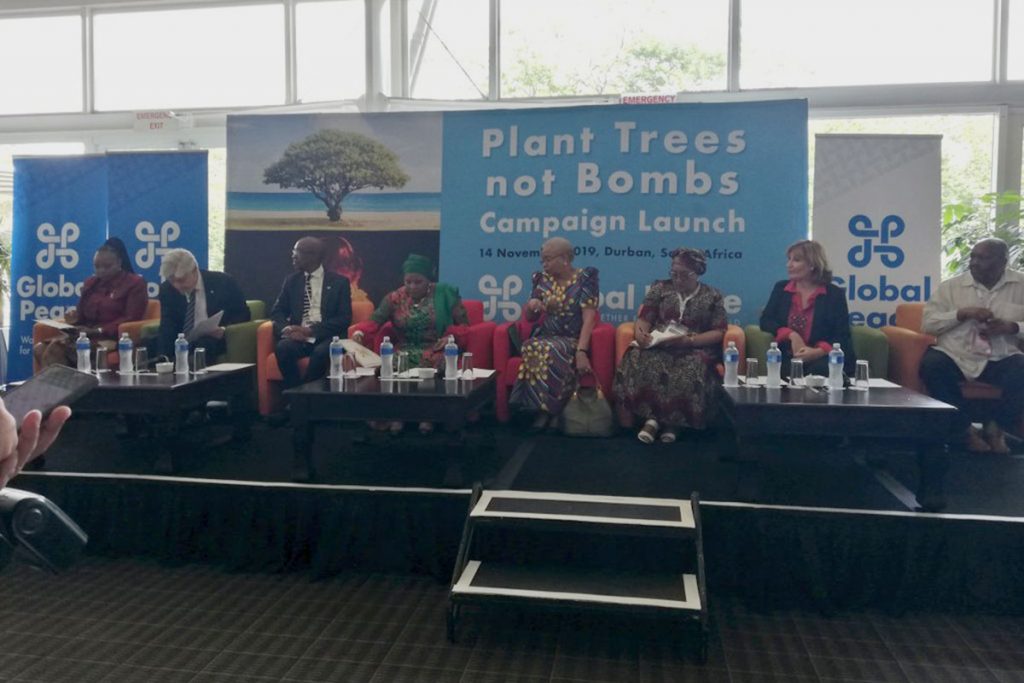 Global Peace hands over Declaration of Intent to the United Nations 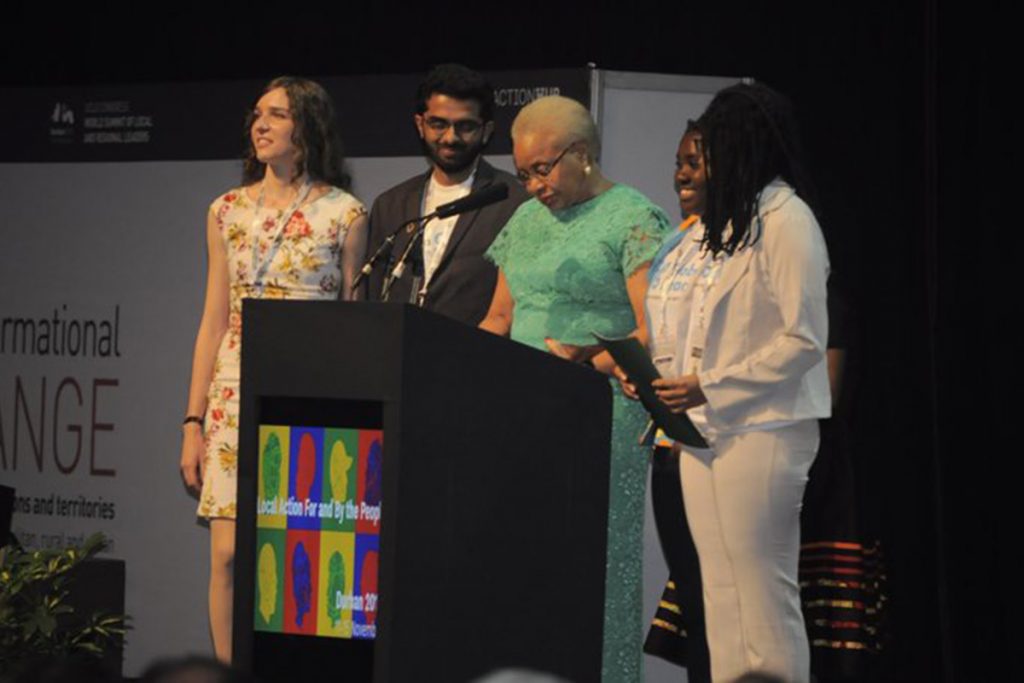 The Global Peace Declaration of Intent was officially handed over to Mr Fabrizio Hochschild Drummond – the United Nations (UN) Under-Secretary-General leading the UN75 campaign – in commemoration of the UN’s 75th Anniversary by Mrs Graça Machel, Chair of Global Peace. Mrs Maçhel was joined by the newly appointed Global Peace Ambassadors. The Declaration was […] 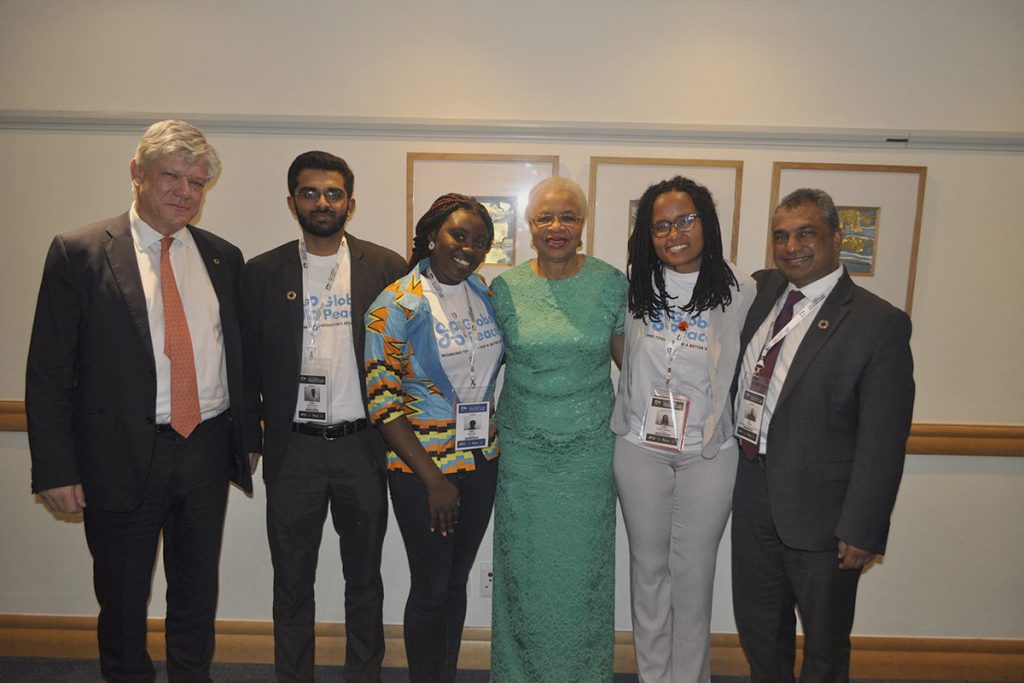 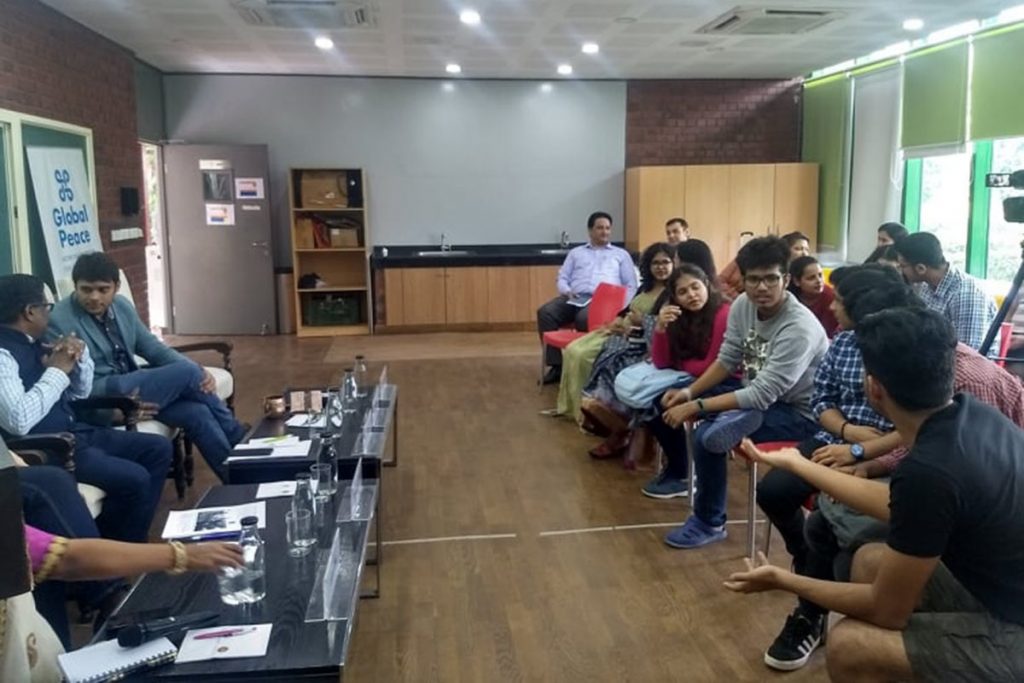 An Inter-Generational Dialogue was held in Delhi on 8 November 2019 at the OP Jindal Global University in Sonipat, the National Capital Region (NCR) of Delhi in partnership with Manford (Management Foundation for Organizational Development & Research) and OP Jindal Global University’s Jindal School of International Affairs. The IGD was facilitated by Deepa Rachel, the […] 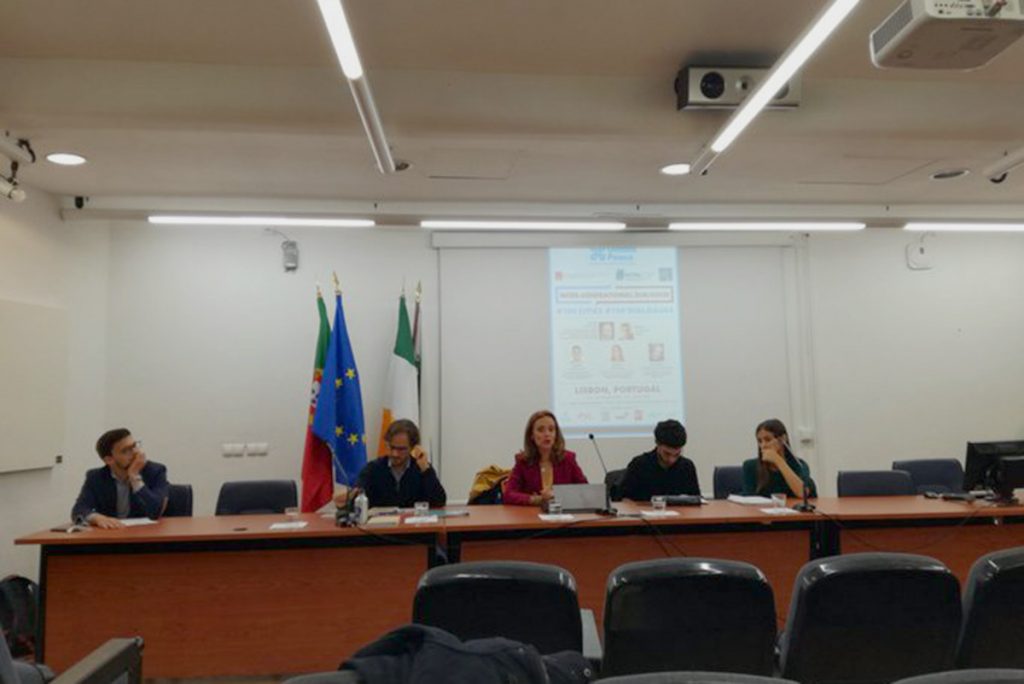 The historic city of Alexandria, Egypt played host to an Inter-Generational Dialogue (IGD) on 7 November 2019 at the Alexandria University’s High Institute of Public Health. The dialogue drew in a large contingency of delegates from different sectors of society such as academia, government, youth organisations and the private sector. The theme for the discussion […] 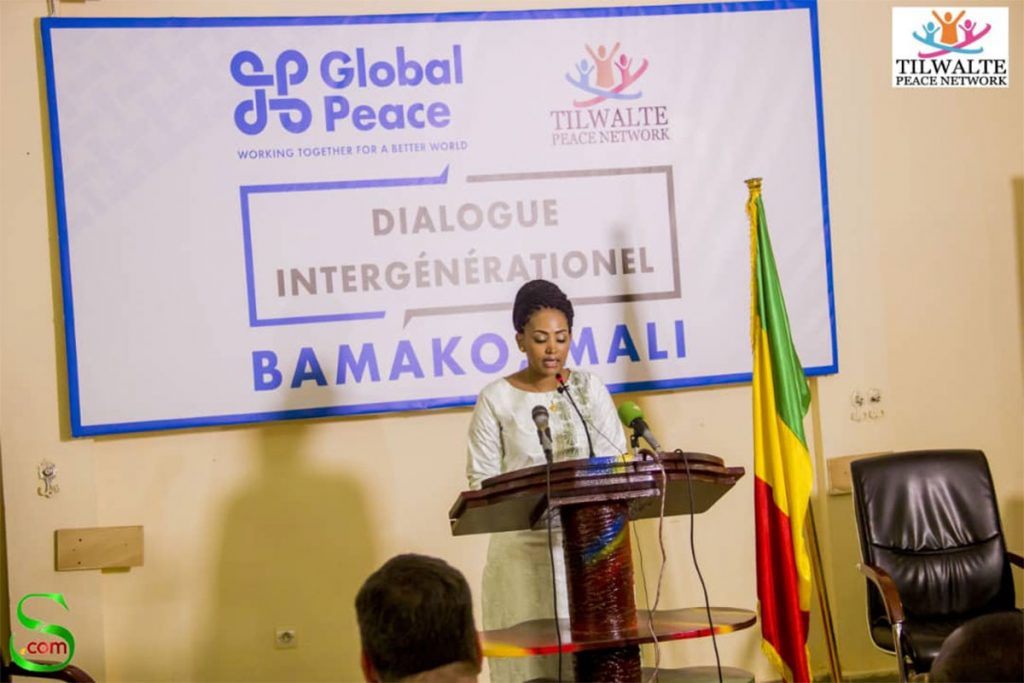 On 7 November 2019, Mali hosted an Inter-Generational Dialogue at the University of ISPRIC (Institute for Science, Politics, International Relations and Communications) in Badalobougou, Mali. The dialogue was convened by Fatima Al Ansar, Founder of the Tilwalte Peace Network and Moderator of Dia Sacko, Mali Cultural Foundation. The panel consisted of H.E Adrien Théâtre, Ambassador […] 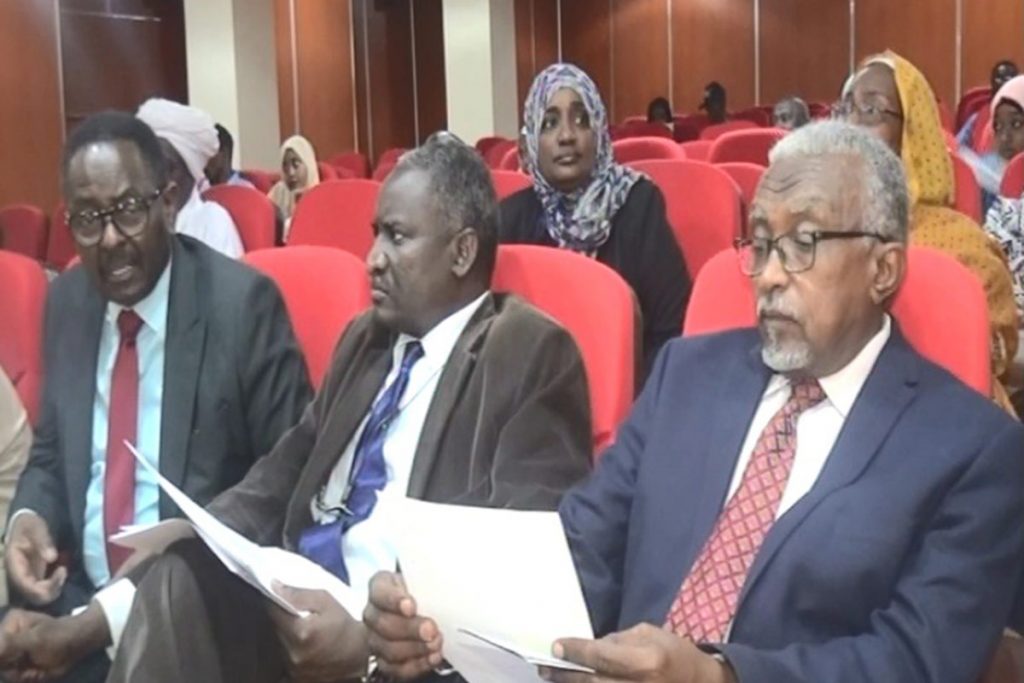 On 5 November 2019, an Inter-Generational Dialogue (IGD) was held in Sudan at the University of Khartoum. The IGD drew an attendance of over 300 people drawn from various sectors of society such as youth organisations, academia, government and the private sector for a lively session of debates and discussions on some of the most […] 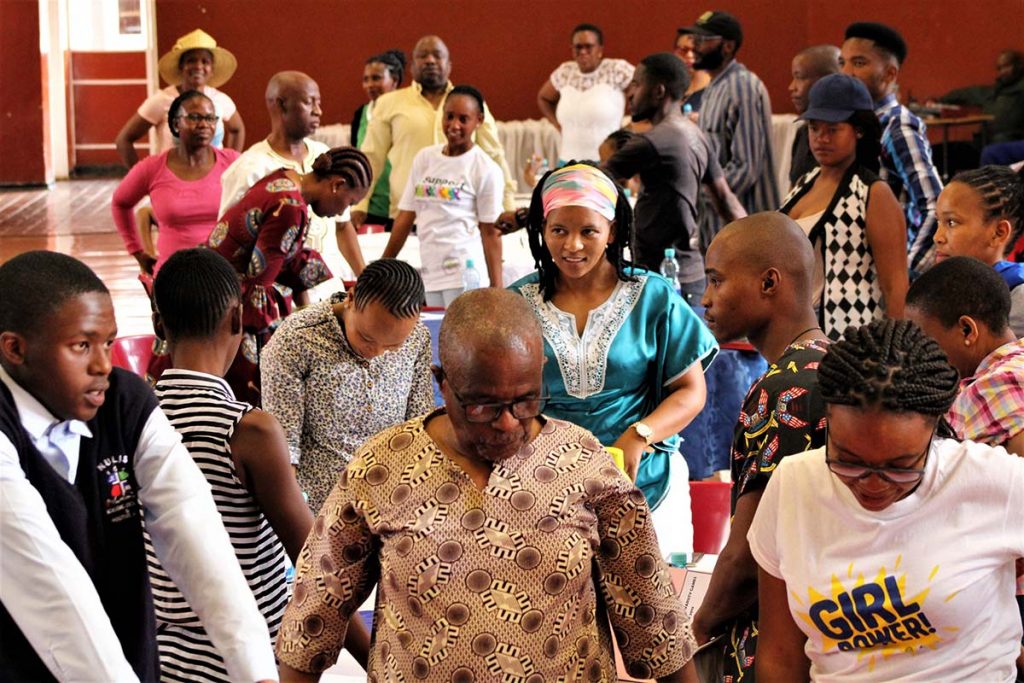 Maseru, Lesotho played host to an Inter-Generational Dialogue (IGD) held at the Moshoeshoe Institute of Peace at the National University of Lesotho on 5 November 2019. The dialogue was centred on the guiding pillars of Global Peace which shaped the agenda of the discussion. The pillars included: building cooperation, tolerance and shared values, building inclusive […]